Xodius - Did someone rmove the rear stabilizer jack on yours or get ripped off forgetting to put it up perhaps? The rear stabilizer makes it was less bouncy in my experience, I've seen someone who actually added two in the rear corners rather than just the one stock on in the center. If you can easily replace the stock one, definitely do it. If its a pain to replace that one I'd consider adding two in the corners - a tripod and you could get some of the weight off the bouncy wheels which would really shore it up I'd think.

I don't love the jack on mine either but after replacing the foot with a wheel its much easier to roll around as necessary (as long as the surface is hard). Replacing the jack wholesale seems to require a fair bit of grinding and welding - if you do it definitely let us see it!

I do'nt think jerry cans would fit very well behind the rear wheels have you measured? I got one of the water holder containers with mine when I bought it and have thought about getting a second but it takes a bit of tricky design to come up with something that will mount securely and fit while not interfering with the wheel wells. I wanted to add a short shovel/axe mount on mine in that spot but it was way tighter than I had hoped once I started actually measuring. 3 inch PVC under it seems like a pretty cool idea, especially if you could somehow cap the ends so that it was a sanitary fit for whatever the outlet is, "underneath" another pvc cap or something. The bottom of the JJ can get pretty nasty with road grime, how you thinking about doing the fill/drain fittings?
D

Xodius - you've got 2 inches of fender clearance with 33's on it? or something else? I've read of guys doing the equiv of a block lift (putting a spacer between the trailing arms and the frame mount) but thats some fairly precision alignment to get it all fab'ed up straight

I have the levelers on the back. It also has a 3” lift so the wheels would fit.
The canvas is in bad shape but it will be up for sale minus the cost of a replacement tent soon.

Well, a couple weeks ago I hammered off the arm on the front jack and welded on a socket so I can use my speed wrench or drill with attachment. It is a LOT faster and easier to adjust now. I am very happy with that.

The rear stabilizer jack is just gone. I am guessing someone removed it or perhaps because it is an older model it wasn't purchased with it? Maybe?

The 33's are on my jeep the trailer has the standard wheels on it with aluminum rims.

Semi-Hex, how did you put the lift on? Did you cut off the axle and weld a spacer in-between?

The underneath of my trailer isn't all that bad but I am in the desert...I am not sure on the fittings just yet. Running a couple different options in my head. I am thinking of running it pressurized too, not a lot just around 8psi or so similar to a RO unit. Maybe I can find a small elongated tank that will work with a bladder in it.
D

Up for sale? Canvas in bad shape? Something happen to turn it into rough condition? Yours is such a nice one with cool mods on it! Depending where you are I might have someone interested in it, he's always cussing at mine while pitching his kodiak tent

I am going to sell it. We were cleaning it up when it started raining. We quickly (we thought) closed it up and three days later on a nice day, opened it to dry and found huge swaths of mildew on the canvas.

I added 4” in order to mount my 32 gallon water tank. This way I could use bigger wheels and get the tank to fit cleanly. 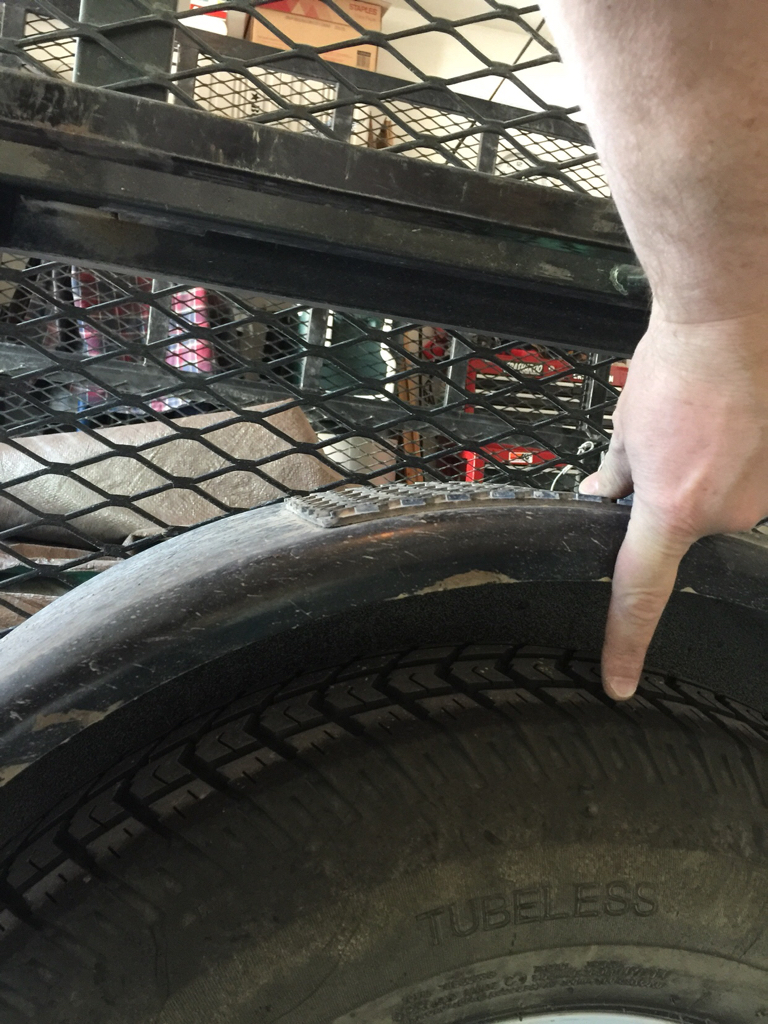 With nothing in the trailer. Not even the tent.

Here is a pic if the difference with the lift.

Xodius - can you get a wider angle shot? it looks like your trailer is really "sagging" if thats distance from fender to wheel with the stock wheels.

Here is a pic of mine as it currently sits with a couple hundred pounds of stuff on top of trailer. The tires are 27.5 inches and there is still 4 inches from the top of tire to fender. Going any bigger and the width becomes an issue before the ride height. You can also see that in Semi-Hex's photos with 33's on his

For a short time, Rob and company were using 22.5° drop instead of 45°, which I think may be the issue if the clearance is so low.
D

huh - thats good to know and easy for Xodius to check!
X

I honestly wouldn’t be surprised if it was the 22. 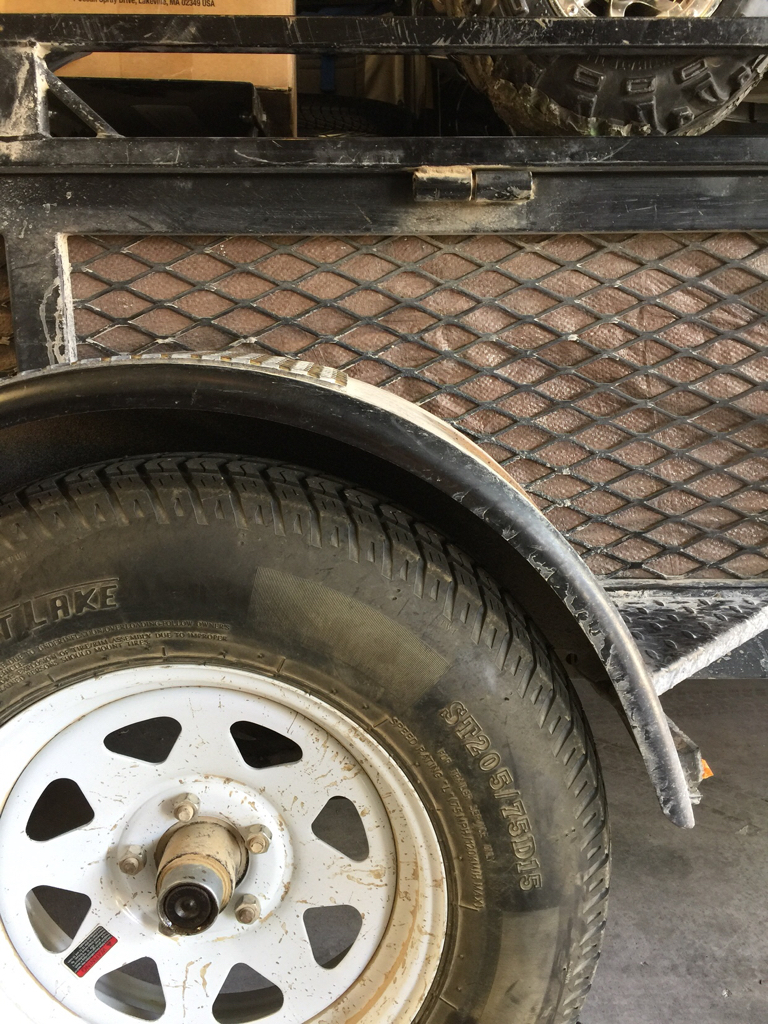 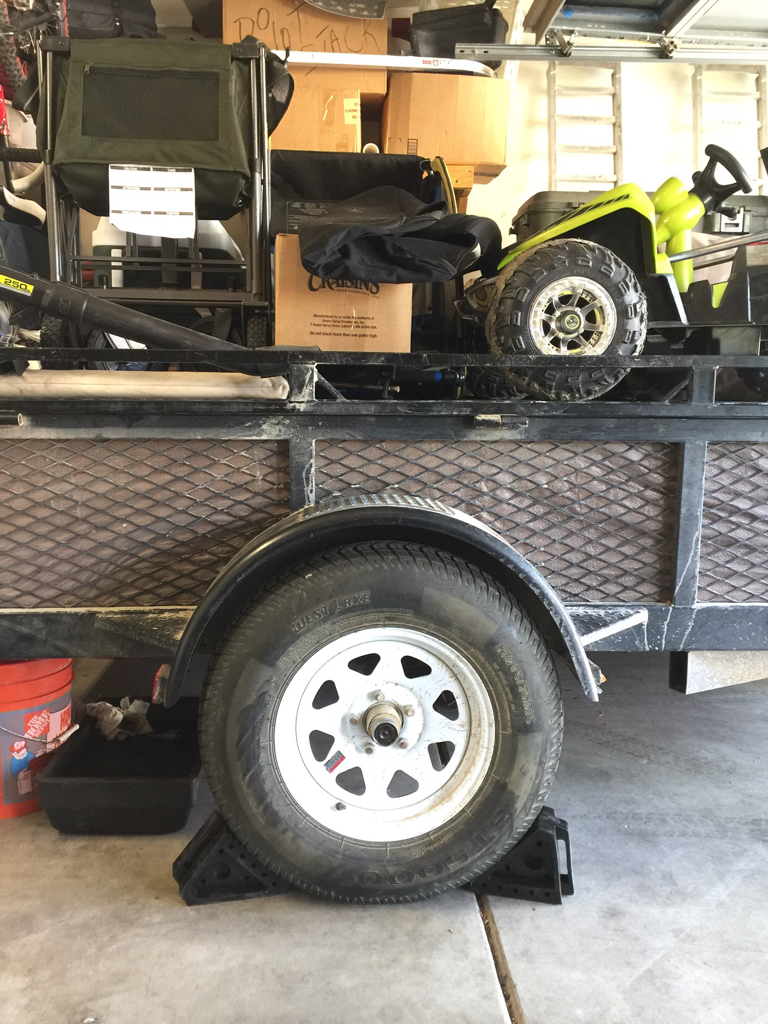 I have roughly...260pounds of gear/misc on it at this time. And the other day I had the tent out and the clearance was darn near the same...within about 1/4-1/2” max. 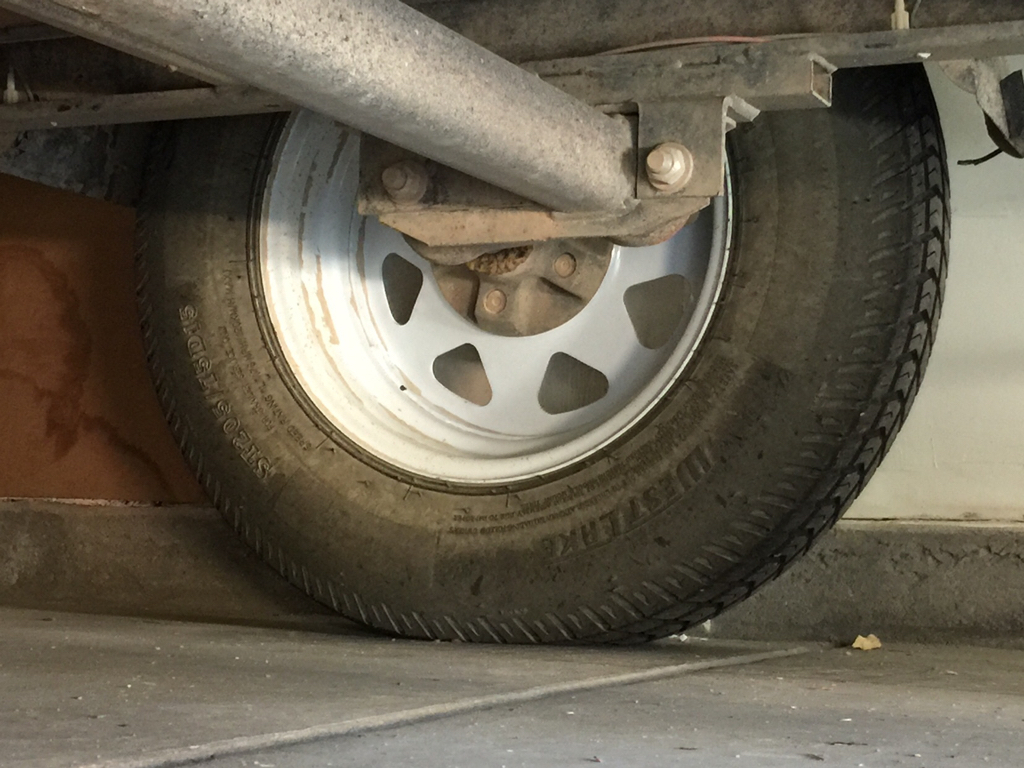 Definitely the 22 degree arms (or your 45 arms are somehow shockingly worn out). I'd give JJ a call and see if its possible to somehow swap out the rubber inserts on them.

What is your goal for tire size? Even just going to the 45 degree "stock" like I've got you can fit a much larger tire, but no where near a 33 inch without some form of lift like others have.
X