Does it Exist? Newer AWD Tall-Wagon Van Thing You can Sleep In

You can find AWD 1500 Chevy/GMC in Canada as well

On one hand the Astro price is comically high. It's a vehicle platform discontinued 15 years ago, that was designed over 3 decades ago.
Other than size and towing ability for size, it's been eclipsed by mini vans and full size vans for years.

I don't know the rear differential in those units, but you could probably get a lunchbox locker or limited slip installed.
M

I’m now reconsidering that mint one I found with 93,000 km at a dealership. He said $10,500 was his lowest dollar on that, but I bet he might take $9K for it in these desperate times. On one hand, it’s not AWD, but on the other hand, how often would I really need that, and there’s less to go wrong/maintain with 2WD, and likely better fuel mileage too. I would still lift it 2” and get bigger tires, so off-road capabilities would probably not be too bad – my Ranger is 2WD, albeit with a limited slip diff, but it does pretty well, although, I don't think the Astro/Safari 2WD have any kind of posi-traction, so maybe it would suck, I dunno.

So much to consider, but I have to remember that I was previously considering vehicles that were much more expensive, so why does my brain suddenly protest at $10K? Probably because the price is more than what I’ve been recently considering with the other Astro/Safari vans which are in poorer condition. Funny how the mind works.
Click to expand...

Bub, you keep asking questions that there are no answers for, and the crew here has gone to Herculean lengths to try to help.

You have shot down every possible midsize answer other then clapped out Astros (not the Asstro, because that thing is amazing, for what it's worth) and say a full-size van is too big for you. I have a Dodge Grand Caravan which I am in love with. I don't need to carry 8 anymore, so I wouldn't buy another, but it's also not AWD, etc. I use it as a pickup truck all the time, like just yesterday. I have also carried kayaks inside of it.

You cannot carry a 10' kayak inside, and have AWD, and have a way to sleep in it. You've shot down reasonable expectations and are asking for stuff that doesn't exist.

If you so desperately want an Astro, get one, and be prepared to build it to your wishes. That's it.

utherjorge said:
Bub, you keep asking questions that there are no answers for, and the crew here has gone to Herculean lengths to try to help.
Click to expand...

Starting off with and referring to a person as “Bub” says so much about your attitude right off the bat, and it’s inappropriate, abrasive and unhelpful. Herculean lengths? Please.
Instead of stating that there are “no answers” to the particular type of vehicle desired, why not just say that rather than accusing me that I “keep asking” about it?

You have shot down every possible midsize answer other than clapped-out Astros...
Click to expand...

Again, your wording is very interesting. Accusing me of “shooting down every possible midsize answer” is yet another attempt to put me in a bad light. Not sure why you feel the need to do that, but it does reveal something about you. Some have suggested vehicles which I clearly stated in my OP were too large and that I didn’t want, so reminding them of that is not “shooting down” their suggestion. Why does me or anyone else not accepting a suggestion bother you so much? Are the suggestions like pills, which must be swallowed whole, without chewing? After all, we all know our own individual wants & needs do we not? Perhaps you were a dictator in another life.

You've shot down reasonable expectations and are asking for stuff that doesn't exist.
Click to expand...


If you so desperately want an Astro, get one, and be prepared to build it to your wishes.
Click to expand...

I don’t “desperately want an Astro van”. Yet another example of the twisted way in which you view things. Both the OP and myself appear to have similar – if not identical – wants & needs in a vehicle, and are asking on a forum about what might be available. That’s what a forum is for isn’t it? To kick around ideas. If there truly isn’t an option that fits my needs other than a lifted Astro/Safari, then so be it, but you don’t need to get your knickers in a knot over a conversation about it.
Last edited: Apr 26, 2020

It doesn't appear to be available in Canada, but for those who are interested, this new Nissan Freebird looks pretty cool: 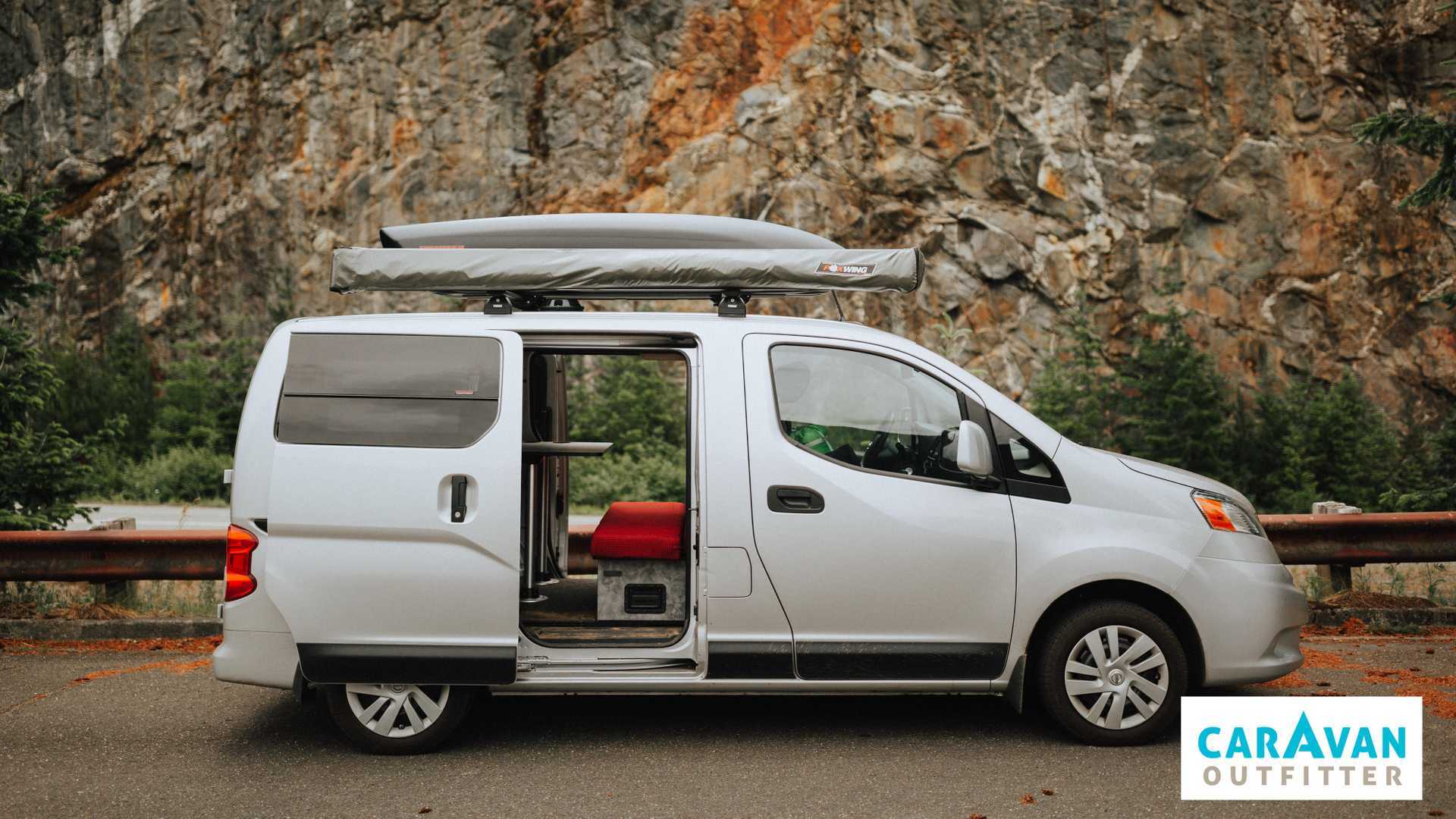 Built by Caravan Outfitter in Seattle, the Free Bird is a Nissan NV200 cargo van that uses modular components to become a camper that sleeps two people.

Ok: have fun out there. I'll be eager to see what you settle on

I have a 2002 astro awd. It has 380000 kms and is worth saving. although fitting a 10' kayak inside is a no go unless you take the pass front seat out. even then would be a stretch. I love its size though.

Yep...nothing you can put a 10' kayak inside, and have living space. The search continues

The answer will be Suburban, Excursion, E-Series or GM full size van, but let's see where we continue to go

Riding High: The Stories that Jupiter's Travels Didn't Tell
by Ted Simon
From $19.95

utherjorge said:
Yep...nothing you can put a 10' kayak inside, and have living space. The search continues

The answer will be Suburban, Excursion, E-Series or GM full size van, but let's see where we continue to go
Click to expand...

Yes, it appears that the smaller vehicle I prefer will only work in the similar way that I use my truck, where I throw the kayak in the back and just leave the tailgate down (or door open with the van), and this is ok for short trips near home, but will require roof-racks for longer trips.

I'm so torn on the whole thing. I've come close to buying an '05 Astro, but am a little leery of the 176,000 km it has on the clock. I know these vans can go a lot longer, but it is also at that mileage where a good number of things may need attention. Unfortunately there are no maintenance records available. It's a shame they didn't continue to make the Astro/Safari, and improve it through the years.

Here's what I've learned (and it means nothing outside of my house, which I am aware of): there is tremendous value in buying a vehicle that needs work.

Pick the size you want/need. Me? I choose tiny 4x4s because that's what I have to drive around out here. I can go plenty of places a larger vehicle (even a 4-door Wrangler) can't. After you pick the size, get something that needs work. As much as you want to handle, really. This allows you to get your hands dirty, sure, but you can build it exactly how you want it and not worry about taking a grinder to a $40k vehicle.

If you really like Safaris/Astros, then dive in and get one.

Using the national/international Craiglist search tool SearchTempest, and only using 130,000 miles as a limit, there are results everywhere. AWD or no, Passenger or no....almost too many to count.

Find many great new & used options and get the best deals for 2003 Chevrolet Astro Passenger Van 46,000 Miles at the best online prices at eBay! Free shipping for many products!
www.ebay.com

I ignored Denver as there were several at grossly inflated prices. The point is that this search took seconds, and I didn't even look very far or include Safaris. These things are still around and viable.

^^^ Thanks. I am in Canada, so US locations are cost prohibitive, and likely not even possible due to the plague, but yes, I am searching in Canada (our population is 1/10th of the States, so fewer to choose from).

If I do get an Astro/Safari, it will need to be an '03, '04 or '05; cargo (not passenger) as I plan on finishing out the back myself, and either AWD or if not, it must have the G80 Locker diff, which can be ascertained by giving the last 8 digits of the VIN to any GM parts dept. Not having the locker diff would mean frustration in snow or off-road.
Last edited: May 5, 2020

More miles, and passenger, but already modded to a degree:

Custom modular camper van. This van was imported from Japan to Canada in 2016, and is well...
niagara.craigslist.org

Kamloops CL is reading 88 Astros, some of which are duplicates.

My Uncle drove a government issued Jeep in Europe

Sounds like the only vehicle you are interested in, looking forward to updates on the project, I think you have seen and rejected all the other suggestions. The only other suggestion I have is find an affordable F150 regular cab with an 8' box.

I thought I’d give an update on my search for the perfect vehicle.

Venturing into all of the various options for said vehicle can really make your head spin. I guess people like the OP and I are a “custom fit in an off-the-rack world”, for there just doesn’t seem to be a viable option.

As my 10’ kayak could hang out the back of an open rear door of the Astro/Safari van for those short, local trips, it needed to be considered more fully for longer trips, and having the rear door open for those is just not doable, due to cold, rain and exhaust fumes while driving. So it needs to be fully inside the vehicle, or on a roof rack. The roof rack option is very unappealing to me, as the hassle factor in loading & unloading alone is just too much. I guess I’ve been spoiled by just tossing it in the back of my truck (with grippy rubber mat) and driving off. The hinging types of roof racks that swing down the side of the vehicle are appealing, but are about $2000.00 They are the only thing keeping me with a slight interest in the Astro/Safari vans.

I was out working near a commercial building about a week ago and noticed a van that I hadn’t seen before. It turned out to be a 2018 Ford Transit 150, but it was the low-roof, short wheelbase version, and I guess I had rejected the Transits because I had only seen the longer and/or taller versions. I spoke with the owner (who absolutely loved it), and he informed me of the 2020 one which now offers AWD as an option! Oh baby! While these are still larger than what I actually want, if I want to accommodate the kayak inside, I might have to go that route. The problem with that though, is that they’re $50,000.00 – ouch. It’s unfortunate too that the designers at Ford elected to keep the AWD version the same (low) height as the 2WD version. That’s a shame.

So I come full circle and wonder if I ought to just be content with my ’02 Ranger Edge 2WD, which I’ve owned since new, has relatively low miles, and has good ground clearance and a limited slip diff. I would just need to accept the vulnerable feeling of sleeping in the back, detached from the cab.

Anyhow, I have one of these and a pump