aardvarcus said:
Yes, they are keyed differently for using different voltages, so you don't plug a 36v forklift into a 48v charger. I just use grey, they are usually the cheapest. I made a jumper cable extension cord with SB350s on both ends that I use with my winch in the rear or to jump start other vehicles. I made myself an adapter from a SB350 to a smaller size, so that I can plug my air compressor into the same plug, without putting the SB350 sized plug on the smaller devices.
Click to expand...

Here are some pictures that show the plug and weatherproof cover, along with the extension cord in use for the winch.

dreadlocks said:
this is all because they are one piece, the smaller <45A powerpole's can be keyed differently depending on how you hook em up.. like instead of side by side, you can stack em ontop of eachother.. or have one up, and one side facing, or both, could also use nulls.. so those are inherently easy to design a multi-voltage, multi-conductor system and prevent accidental connections..

The big powerpoles dont have that feature built into its design, so they had to make color keyed connections.
Click to expand...

not quite true. They don't mate to each other like the small connectors do, but the SB175s have two thru holes for bolting a large pull handle to them. You can use those to stack multiple plugs together (and I will be).
And I use those holes to bolt the cargo wall plug to my re-worked subwoofer box. I'll have a double plug bolted like this, when I fashion my extension to the rear bumper plug. 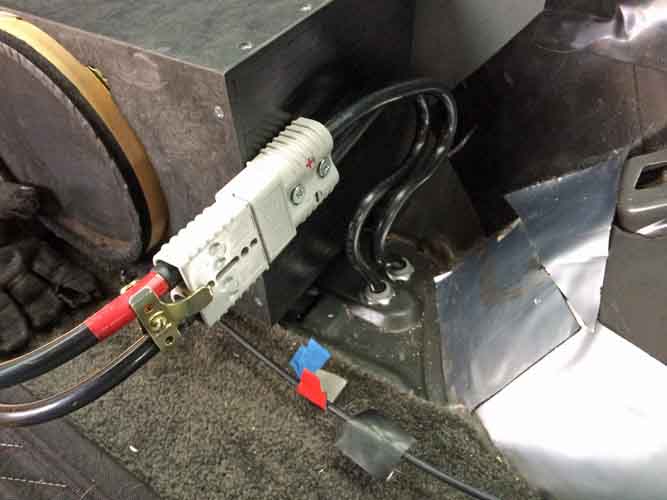 And if I can't find a nice pre-made bulkhead-type mounting for an SB175 going forward, I'll likely fab some metal mounting brackets that will position the front and rear plugs right where I want them. With the rear bumper metal and front grill openings clearanced around the plug locations, so the weather boots can be put on and manipulated.

I want to put the rear plug thru the bumper just left of where I relocated my 7-pin connector, left of the license plate. 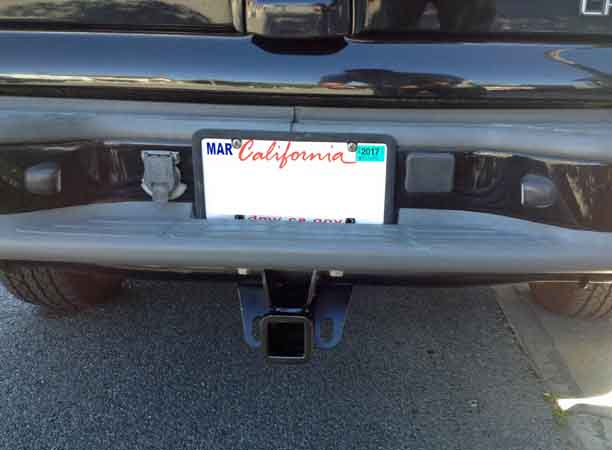 4S50 said:
Does anyone have any experience/knowledge of what color Anderson SB175 will mate with the version that Warn uses? (I would guess Red, but that is kind of Warn’s factory color as well).
Click to expand...

Warn uses red, Ramsey uses blue, Superwinch uses gray. At least the wiring kits I've bought from each of those mfg's used those colors. I've also got some of the black 'key-less' ones that I've purchased in the past for making adapters. from one color to another.

I wonder if those manfs even realize the different colors are differently keyed?

I'm probably going gray, found a good deal on amazon for a two connector kit with 1/0 terminals/wipes and black boots for under $20. I need 5 connectors to complete my setup. 1 at the rear bumper, 2 at the cargo sidewall connection, 1 on the winch, 1 at the front grill.

i am late to the party. I cant find it now, but, I swear there was a chart in the Anderson website showing a chart for intended voltages. I have black SB-175s that I mate with the Warn red ones. I switched one of the warn 4 foot leads (from my forward battery) from a red housing to a black housings. I get a lot less questions about the front pigtail, plus, it is lower profile visually.

rayra said:
I wonder if those manfs even realize the different colors are differently keyed?
Click to expand...

Maybe they do know and it causes buyers to think their kits are proprietary and can only come from them.

very possible and they are basically color-matching their branding. Warn's using Red, etc.

Dreaming of Jupiter
by Ted Simon
From $15.72

Overlanding the Americas: La Lucha
by Mr Graeme Robert Bell
From $20From CAD$26.19

Sailing Alone Around the World: a Personal Account of the...
by Joshua Slocum
From $26From CAD$32.97

I've been working steadily at making my front and rear plug connections, been posting updates in my build topic. Here's the rear plug positioned in the rear bumper. Not yet wired.

and am currently working on a home-made bracket to position the front plug in the grill. Picked a position with a future brush guard in mind and on cutting a horizontal element of the grill out, discovered the grill vanes are hollow, so have been working to fill, file and refinish those cuts and it's working pretty nice.


I'm probably going to get some black plugs instead of the gray. Especially for the front as it's visible thru the from side angles and I want this thing as lo-viz as I can while still keeping it convenient.

I'm hoping to finish the whole project by the end of April. I have to rearrange some of my under-hood dual battery / solenoid setup, so I can add a rotary cutoff under the hood for the front plug. Things are getting crowded and there's only one good place for it. Where the solenoid is currently placed. So that's gotta move, along with re-arranging all the attached cabling / wiring.

The black and gray definitely plug together


Got the front plug mounting bracket completed, but might make yet another. But it looks pretty good now. Got the black connector as it can be seen thru the grill and trying to keep the whole thing as 'low observable' as practicable.

Got the rear plug cabled up, waiting on the rain to finish wiring the front plug. About done with the project.

Here's the doubled cargo wall plug. This will mate up with a pair in my 'power module', passing the (+) to a rotary cutoff switch int he module which will control power to the rear plug (and to the 1000W inverter back there)

work in progress is here -

Working on the cables installs to the rear bumper plug, a little extra complicated with trying to put a weather boot and PVC conduit on the cables for water, mud, debris protection on the back side of the rear plug. As well as the boot in the front face of the plug. I'd though I'd had some sort...