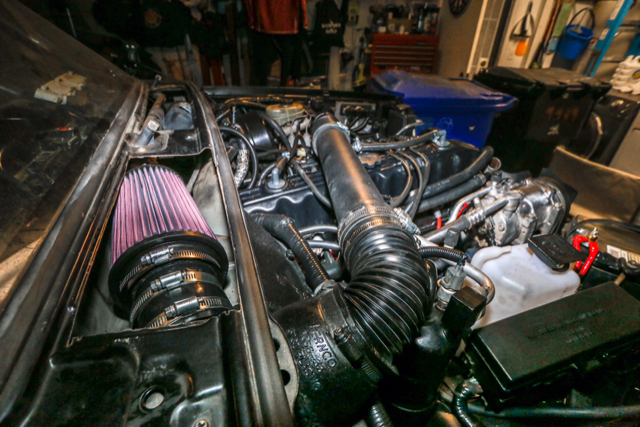 Finals at school this week then I’ll have the chance to fix a last few things and get the XJ on the road. Few pics of my current setup.

Cowl intake with a 7” air aid filter. I think “ericsxj” was the writeup I followed a while back. Modified it’s bit to my own and welded on an air fitting to catch the breather pcv. 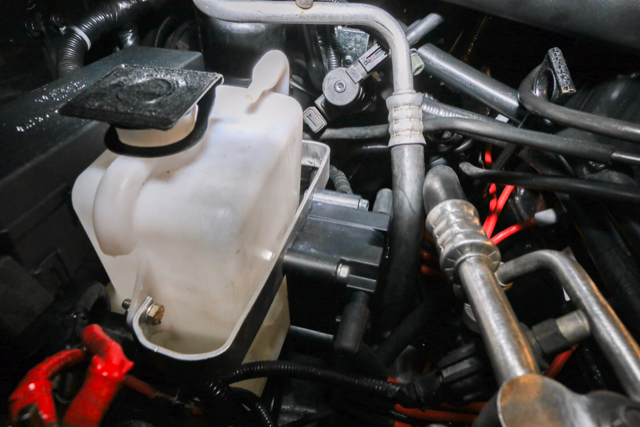 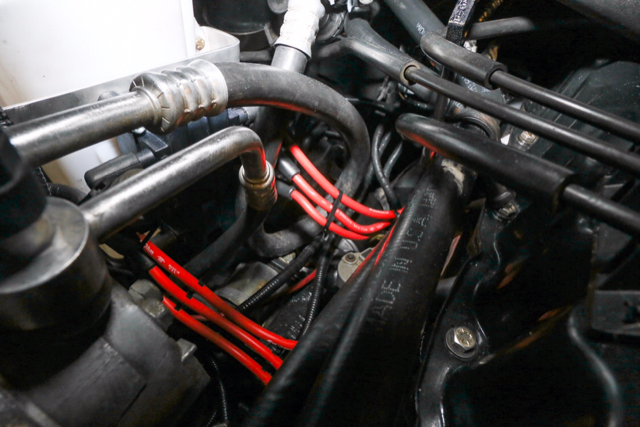 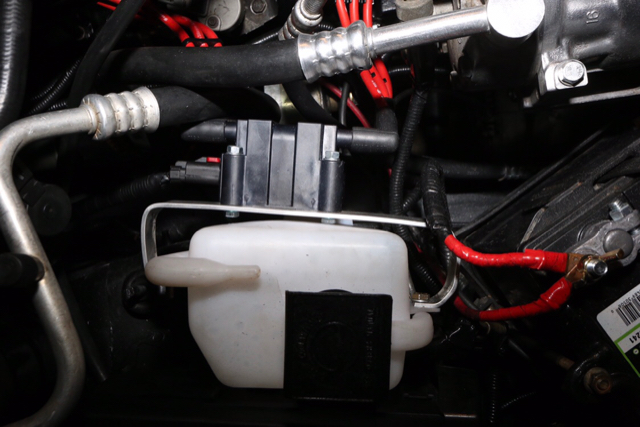 Also, the new coil setup to fix the new block not having mounting for the factory coil pack. Did my viper coil on the XJ similar to the strokers forum writeup. Can’t claim true performance gains, but easier access to the spark plug and can remove one at a time as well.

I’ll do a parts number list for everything on my site when a full writeup happens.
Last edited: Sep 3, 2019 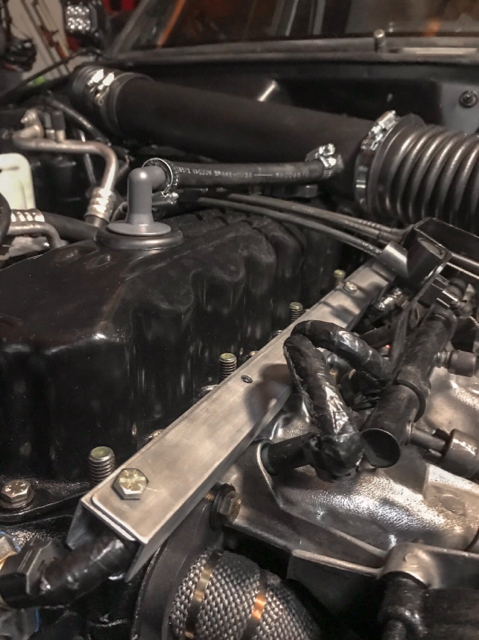 Fabbed up a little aluminum injector loom in place of the brittle oe pos. Rounded all the edges and cut slots to ensure the wire wouldn’t get scored or worn.

jakegrovephoto said:
Interesting, will think more on this. Heard mostly of complaints in high moisture environments and that’s not much an issue in So Cal. Haven’t heard issues on the heat cracking so soon but makes sense.

My wrap stops where the header meats the front pipe so it will dissipate heat at the flange and below. This model header has two below styled connectors to supposedly expand and shrink with heat to prevent cracking. My last exhaust setup (factory) went bad at the front pipe just up from the cat due to a crack and then snapped hanger
Click to expand...

North Africa is quite arid so it’s not a moisture thing, but that does accelerate it. Matetials such as Inconel are engineered to avoid hot corrosion. A header made of Inconel would probably be $5,000.00 because fabrication costs of such a tough material would be high.

I wrapped my pipes just to reduce the heat coming into the cab. I literally melted the sole off my (new) Merrel hiking boots... I was collecting the empty cans from camp dinner each night to patch my exhaust back together each day.

And if this is a valve train that requires manual adjustment (and I have no idea) then many makers require the adjustment be made with the engine hot. Than can affect how loud the valve train is.

If it’s a non adjustable hydraulic lifter arrangement, it could be a partially blocked oil passage.

J!m said:
And if this is a valve train that requires manual adjustment (and I have no idea) then many makers require the adjustment be made with the engine hot. Than can affect how loud the valve train is.

If it’s a non adjustable hydraulic lifter arrangement, it could be a partially blocked oil passage.
Click to expand...

Thanks always for the insight. Found the valve noise issue and sure enough it was something small that was done with the engine apart.Someone gave me a hand and had attempted to hammer out the bellow of the valve cover to clean under. Apparently it never got hammered quite all the way in once he realized it had a spot weld holding it stuck in place. That few millimeter difference caused the lifter to rub the bellows. Pulled it apart before running it any more and hammered it back out and all is well. *relief*
Last edited: Sep 3, 2019

Glad it was simple!

Update:
All is good and the new engine is running smooth. Time to put some miles on and then get back to the camper work. 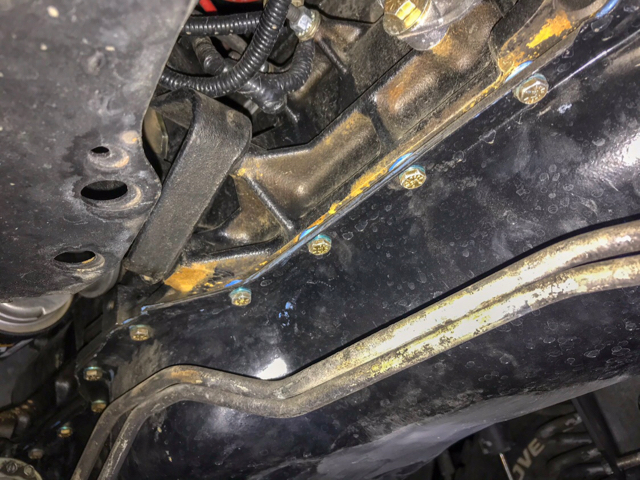 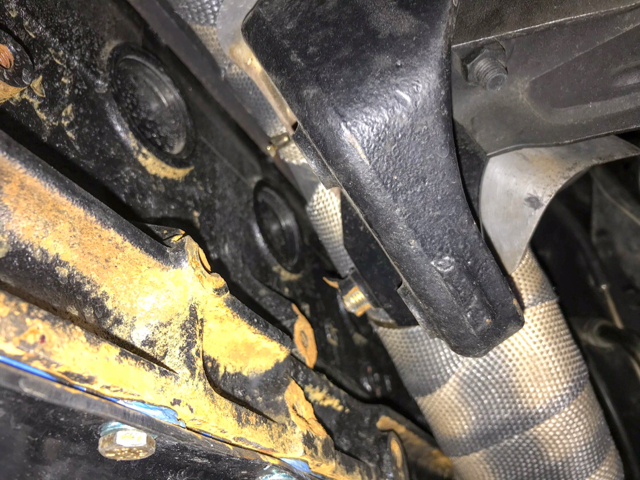 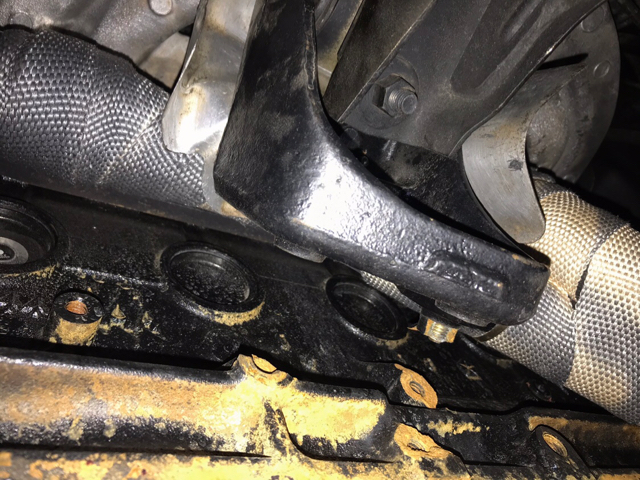 Well... a few weeks in and a major issue with the new block.

Getting onto the freeway and had a sudden vibration then clunk... pulled over as the driveshaft made a terrible grinding noise.

The bolts didn’t shear as many XJ owners have had on old blocks,but rather the whole block casting mount had cracked on all three bolt locations. Used new bolts of proper factory spec and torqued to spec as well. Only thing I can think of is a precracked mounting from a prior accident/abuse or a brittle block from being overheated constantly. Being remanufactured I can’t help but wonder what the last life entailed.

The service tech at ATK started a claim and I’ll have to have a support tech come out to the house to inspect it it sounds like when I have a day off work. Mechanically everything was running tip top.

Only other complaint so far on this block is the paint coating they apply. From the little rain we’ve gotten in SD the past week the paint is already eating through and starting to rust. No other painted parts of the jeep has shown rust so I would recommend to all to add a coat of VHT engine block paint before dropping it in.

Let’s see how ATK (owned by the larger LKQ Corp) deals with this and hope all is made right. Looked into brown dog motor mount brackets and will invest in a set regardless to distribute the force to more points. Sad as this vehicle had seen plenty of off-road time on the old block and this block fails within the first 100 street miles. Atk said they do sonic clean and inspect all mounting points, but there is no method to stress test.

Wow that's sad! Sorry for your "new" rebuild.
I've heard, and read, poor reviews on Jasper and this does nothing for my confidence in the ATK.


Awaiting on the inspection report.

motoboss said:
Wow that's sad! Sorry for your "new" rebuild.
I've heard, and read, poor reviews on Jasper and this does nothing for my confidence in the ATK.

Yep... will say everything else looked cleanly built and assembled so far. Would like to give them the benefit of the doubt that it was a defective block, but will have to give them a chance to make right with a replacement.

At this point I don’t even care about the extra time to pull and reinstall a new motor. I just want this jeep roadworthy already.

In other less jeep-depressing news, I picked up a complete AX-15 assembly from the pick and pull last weekend for the 40% off New Years sale. 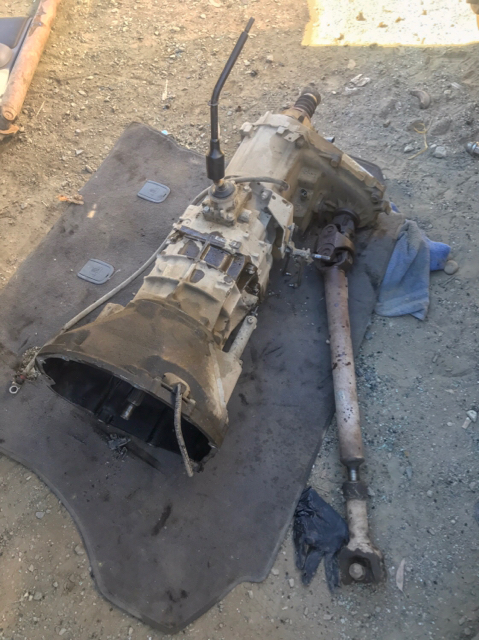 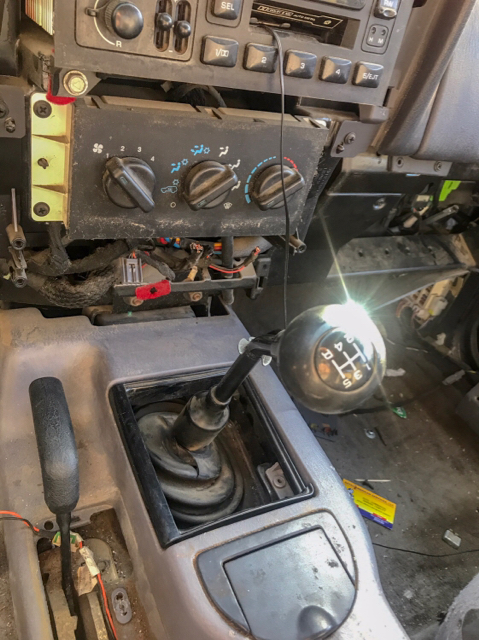 No collision damage and the engine was the fault on the donor. Transmission looks good so far but will crack open the case and inspect the gears once this whole engine deal is over. Got the pedals, harness, slave cylinder and all that as well for the possibility of a manual swap on the jeepagon. Would need to source a pcm to work with it though and with California smog thinking my only option is to get a reflashed 2000 manual computer with my vin/mileage.

Until then added into the parts trailer awaiting rebuild. 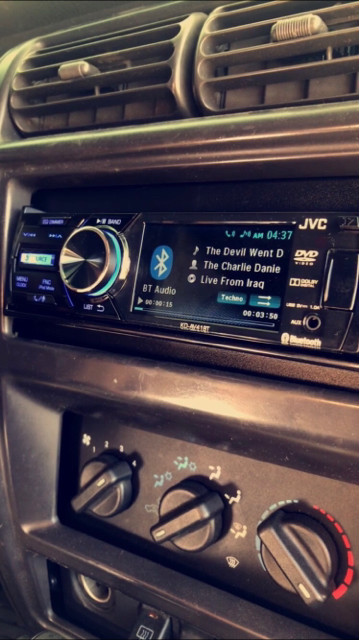 Now updated from the factor fm/cd/cassette to full Bluetooth, phone sync, usb, etc. found this to be one of the more modern single dins for the XJ beyond going for a retractable dvd screen with apple sync. Has a removable faceplate still too so that is a plus when driving around topless.

Have some jvc speakers waiting to go in now.