JakeH said:
Yes, you will absolutely notice the gx460 is bigger. It's a few inches wider a few inches longer with real AC vents in the roof for the back seat. In fact, some like mine have a dedicated rear ac compressor to feed them
Click to expand...

Thanks. I've also read they require premium gas. Is that a recommendation or a requirement? 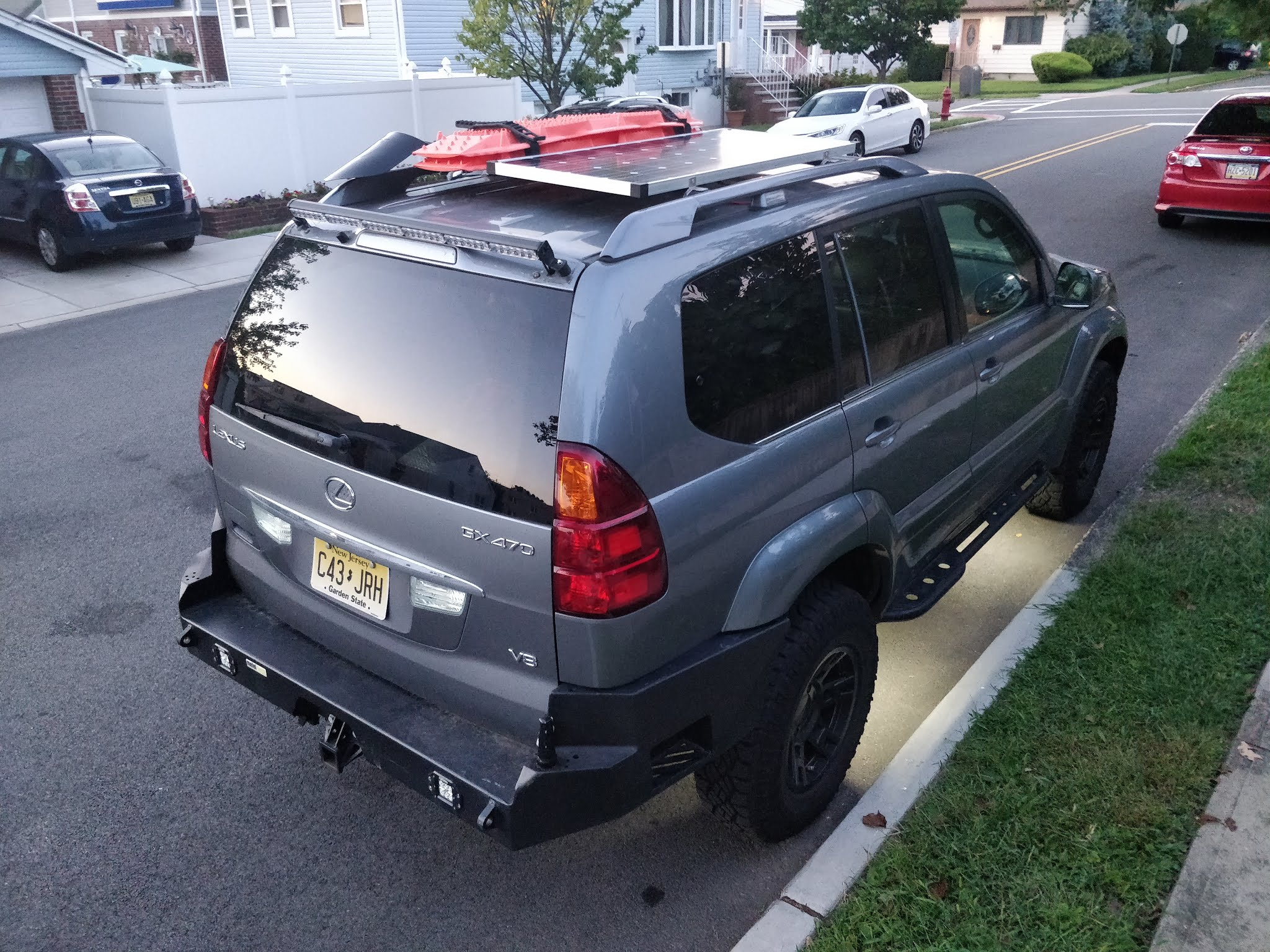 Is this a metal tech rear, with swing arm removed? What sliders are those? Nice looking truck.
J

I've run mine on regular gas a few times for texas flat road trips between houston & DFW. Mileage does suffer a bit but I haven't seen any other side effects. The 4.6l is just an effortless cruiser at 80mph.
J

joshashley80 said:
Is this a metal tech rear, with swing arm removed? What sliders are those? Nice looking truck.
Click to expand...

Thanks! Yes that's the MetalTech bumper - sliders as well. 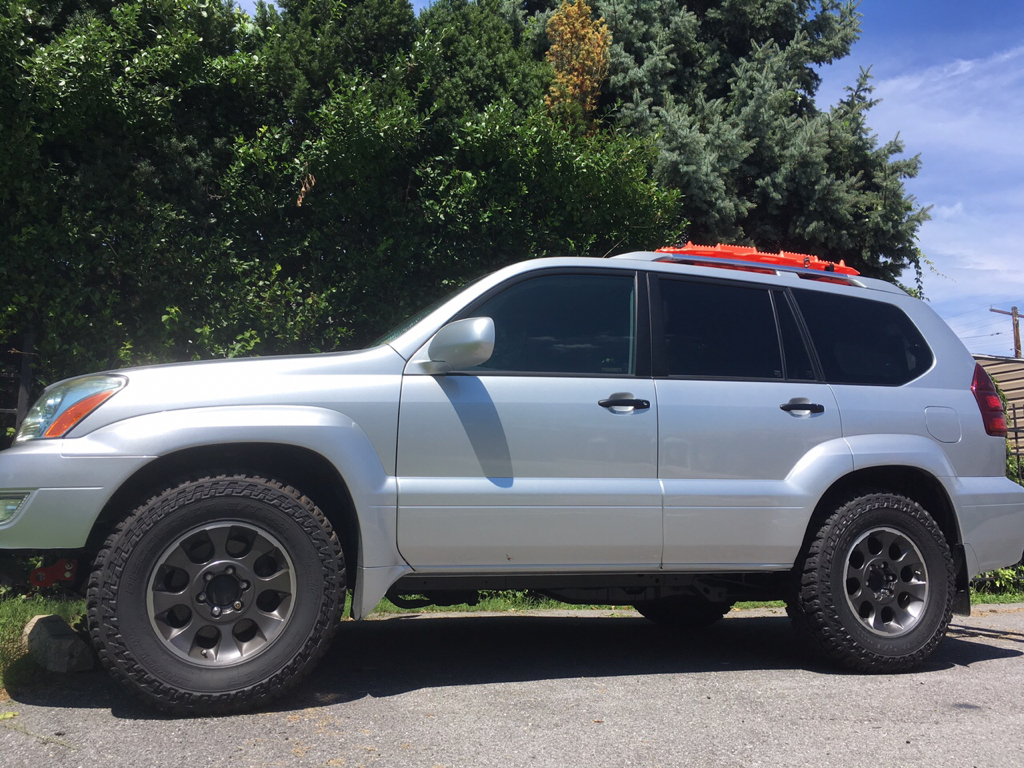 GX isn’t a compromise it’s a choice. I have owned them all (80, 100, 4Runner, Tacoma) this is the one to get. V8 and transfer case of the 100, smaller size of the 4Runner. BUT you get way more headroom and cargo space than a 4Runner while keeping the narrow width making it better on trails than a 100/200. Also better international parts supply (because Prado 120).
Also the 100 front end is expensive to get parts for. He GX swaps with all the other smaller Toyota products. (Taco, FJ, 4r)

Amen to that! Why does everyone hate on the side swinging door? Never bothers me...
J

JakeH said:
Amen to that! Why does everyone hate on the side swinging door? Never bothers me...
Click to expand...

There's a guy=girl here in Houston I see every day at 5:15 sitting in 290 traffic at Jones road with a sweet gx470. Has a bumper sticker on his lifted GX that say GXDR. Anybody know him or her?

JakeH said:
Amen to that! Why does everyone hate on the side swinging door? Never bothers me...
Click to expand...

I do have the South African version of the GX, which is the Prado 120 with the same V6 as the FJ, but I have the spare on the rear door and I have dual fuel tanks, and also the swing out door. The door can be a pain sometimes but I will not trade the swing out door for the lift up hatch.
J

Does your spare tire have a swingout carrier of some kind, or is it just added weight on the same door hinge?
C

JakeH said:
Does your spare tire have a swingout carrier of some kind, or is it just added weight on the same door hinge?
Click to expand...

The Prado's spare carrier was integrated into the rear door- no separate carrier. The rear door is different from the models without the spare tire carrier- this is a 150 but you can see that the sheetmetal, at least, is different and the hinges may also be beefed up.
C

It would be awesome if we would have gotten the aux tank with the door carrier. Cruiser Brothers just came out with an LRA 33 gal aux tank for the GX, though so I will have to figure out a spare situation if I go with that, which I really want to. That would give me a little over 900 miles of highway range and over 600 off road.

If the GX had a stronger rear-end and the split tail-gate/lift-gate of the LC it would be an easy choice due to it's price point, size, power. The barn door is a killer for a lot of us, I hated it on the ones we have owned and on my FJC. That said, if it's not my DD or main vehicle then I can live with it.

Liftgates suck when you are tall... I have nearly concussed myself on the corners of open liftgates more than once.
J