I thought maybe I'd post this up here, to show others what can be done with a Mitsu platform (those of you who have mitsu's already know). Everything I post here will also be over at 4x4wire.com, in the mitsu section, which I helped create 10 years ago. If you've previously seen it there, then I apologize for the repeat...

Since I'm a virtual unknown over here, I should preface my build with a little background, and some goals for this project... This is my fifth Mitsu 4wd, over the last 15 years. I've had two genI shorties, one genI LWB, and a genII shorty before this current truck. Previous trucks were built up for the purposes of following my solid axled buddies, and to see how far I could go with a relatively stock platform. While they did pretty well, they do have torsion sprung-IFS, so front wheel travel was never a strong suit.

A few years ago, I found out about a Canadian law that allowed us to import grey market vehicles, as long as they were 15 years old, and passed a safety inspection (they also needed certain other things to be compliant, such as dot lights, reflectors, etc). I immediately jumped on the opportunity, and imported a Mitsu diesel... it was a shorty, and while I loved the truck, my trips seemed to be becoming less about gnarly 4x4 trails, and more about the trip itself, as well as the camping. So my newest build was with an eye toward an expedition type vehicle, still capable of taking on 4x4 trails, but equally comfortable on long highway trips, or multi-mile service roads. Plus it had to serve my 160km/day commute to work.

Well.... I had to stick with Mitsu, since its all I've ever had, and have had excellent service from them. I decided to buy the most robust platform, IMHO, that Mitsu ever offered in an SUV (that was available to me, gray market, in Canada). The 2800 turbo diesel long wheelbase got the nod.

I found a suitable candidate in Japan, and arranged with my importer to have it shipped.
(importer auction pic from Japan, before I signed on the dotted line)

It arrived in Canada in December, and just before 2009 rang in, I had it inspected and registered... so let the fun begin!

(I'll continue to update this thread as I get time, until I'm caught up with where I am as of today, and then will update as the mods progress)
R

These have a big following in oz. I think this model was one of the best with its solid axle and tons of extras.
Some owners pull some really high klms out of those turbo diesels


roscoFJ73 said:
These have a big following in oz. I think this model was one of the best with its solid axle and tons of extras.
Some owners pull some really high klms out of those turbo diesels
Click to expand...

It does have a very beefy rear solid axle - 9.5 inch ring gear, under its coil springs....I hope this one is ready for some miles! When I got it in December it had 76k kms on it. It now has 87k kms.

This truck ships with dual batts, but it never had to deal with a cold Canadian winter before, so I swapped the batteries for dual yellow tops. Yes, I'm aware of the love-hate some have with their Optimas, but so far its all love for mine. This is the old glowplug system, so CCA's are important.

Straight swap - so I guess more of an upgrade than a mod...

Still trying to decide if I will use my Surepower 1314 separator between these, or put another battery in the back...? More on that later.

Also put a new head unit in (it does have DVD, but I was interested in the bluetooth, remote USB in, and option of a rearview camera), and some good Canadian speakers. I put my CB in the second DIN slot. This is paired to a K40 antenna. 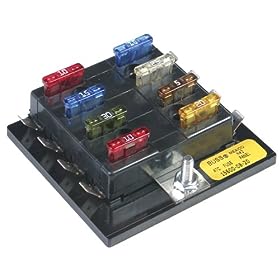 That should do it for electrics for a bit...

Overland: A Mercedes-Benz Journey Through the Americas
by ri M. Stroh
From $18.4

Oh, quick note on the name. First one, way back when, was "Old Betsy". When I got the second one, it was informally BetsyII. The name sorta stuck, so by now the fifth one, Betsy V, seems very normal to me, and very strange to most others. :sombrero: Ah well. Some things sorta just evolve. Figured I might as well just accept it... and put it "in writing":

I've gone through Montero's, Paj's and now into Delica's for their space.

I've gone through Montero's, Paj's and now into Delica's for their space.

So here's an update on this build:

I put Airlift 1000 airbags in the coils:

For now the airlines are tucked under the rear bumper, till I decide where I want them.

I'll need them if I'm towing the trailer, or transporting the portly thumper:

And finally, I had a friend of mine whip me up a single bed/drawer combo for camping when wifey's not along, and I'm sleeping in the rig. Drawer is around 22" long, with a compartment behind it (hatch on top) to put a third battery, or other electronics, if I'm so inclined...

It is also hinged so that two flips and a flip of the middle bench gives me back passenger seating, without having to remove the bed/drawer...

Still have to finish trimming it, etc, but I'll get to try it out this weekend. :sombrero:

PIAA driving lamps are now on the light tabs. There's an antenna tab as well, but my K40 is a hood lip mount, so it'll be mounted further back, on the hood.

This has gotta be Phil... Welcome To ExPo - :beer:

It will serve this forum well to have such a great resource for Mitsubishi's on board. Congrats on #5. What a beauty.

You gave me some great information (smartened me up) on the Wire a couple of years ago when I was researching Mitsubishi's. I didn't wind up leaving the Toyota flock, but I was grateful for your time and advice.

I look forward to seeing the evolution of Ol Betsy.

Tis' me KC, glad I was able to help you on the wire. There are a few of us now who are posting from the wire. Funny how different our builds are, but how some things are fundamentally the same.

This weekend past I was able to finish the air bag install (plumbed the airlines into the rear bumper), and then took the truck camping and got to try out the bed. It worked great. Got one shot before my aging digital cam died...

Need to get my snorkel installed - maybe this weekend?

rattle&thump said:
Ray and Justice are WAAAAY ahead of me on their builds!!
Click to expand...

LOL, well at least your interior is moving forward nicely. Haven't done much inside yet although I did install my CB this evening. Simply had to attach an antenna mount and run a wire to the front where I will use my trusty 'portable/in vehicle' CB from my Gen I's.

I still have to build a storage cabinet to house my trail gear, ARB fridge, CO2 tank, and will support my sleeping bag/mattress for when I finally hit the trails. :smiley_drive:

Finished my "lift" - spring spacers in the rear, cranked torsion bars and shaved bumpstops in the front. Even more room in the wheelwells now... Still sporting my Yokohama winter tires at the moment, but the 33s will be going on soon.

what spacers did u put in the rear?

off-roader said:
what spacers did u put in the rear?
Click to expand...

El Cheapo's from Canadian Tire (lots of other places sell em), that look something like this: 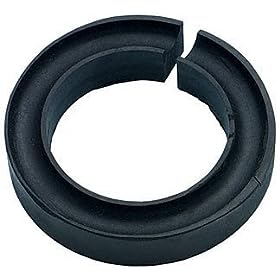 They sit on the spring pad, and the spring sits in a groove in the rubber. I used them in Betsy III for several years before I sold her, and the current owner is still using them. Gotta love a lift that costs you $12 per side! :wings:

Hit the Road: Vans, Nomads and Roadside Adventures
From $30.11
O

Is that about an inch of lift then?
T

Chop it Phil. It will lift the back for you.