SHOW YOUR FAVORITE CATCH ON THE FLY

Caught this guy at Pyramid Lake outside Los Angeles. I can't wait to get up to the sierras for some trout fishing! 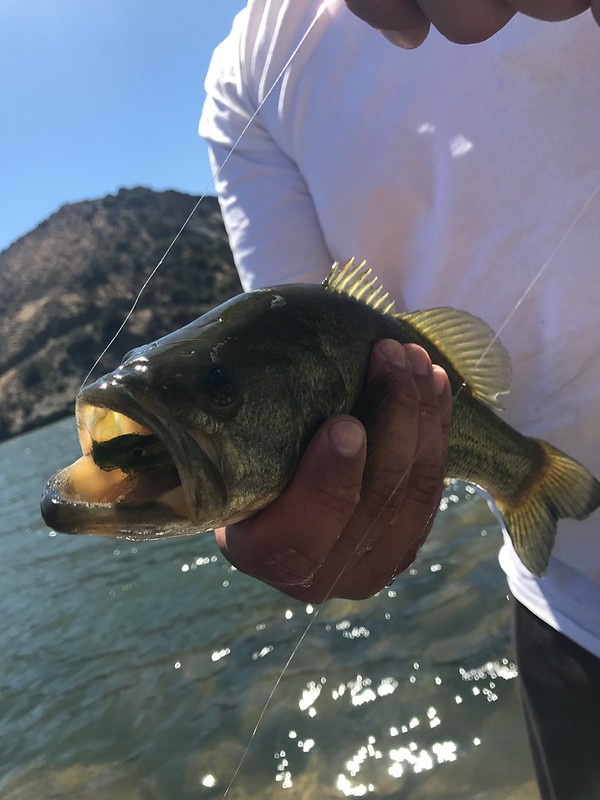 Wife and I just hit the river the other night when I noticed the flows dropped from 1300 cfs to just under 700 cfs! It always makes for great fishing

flyfishxj said:
my favorite is a r.l. winston bllt 7'6" 3 wt. with an original orvis cfo 1 reel. pretty hard to beat that combo.
Click to expand...

Sent from my XT1650 using Tapatalk

stevec said:
Finally fished the Yakima last week. My mom had given me a gift cert. for a guided float a couple of years ago, and this year she was up for Mother's Day so I gave her the same thing. The water was a bit murky, but much lower than it had been over the weekend, so we had hope. We ended up catching nine fish with a streamer set up. I caught six, mom caught three, but she got the two biggest (16" and 18"). Two of mine were squawfish so I guess they don't really count.

Near the take-out point a few fish were finally starting to rise so we tried a bit of dry fly fishing. Our guide really wanted one that kept teasing us by taking surface bugs, but wouldn't take our offering. We tried about 25 casts between us but never got more than a sniff. It was downstream from us and in a swirling current, so a bit hard for me to get a good drift. When our guide said it was time to head in, another jumped behind (i.e. upstream) from me. Our guide saw that look in my eyes and handed me a rod. "I'll just try one cast" I said, that was all it took. My fly hit the water and BAM!
View attachment 401152
The perfect way to end the day!
Click to expand...

Nice did you fish with reds flyshop? I actually live I Yakima and fish the river regularly. I actually was a guide myself for The Evening Hatch

Sent from my XT1650 using Tapatalk

steelheadbum said:
Nice did you fish with reds flyshop? I actually live I Yakima and fish the river regularly. I actually was a guide myself for The Evening Hatch

Sent from my XT1650 using Tapatalk
Click to expand...

We were with Stefan at Ellensburg Angler.
E

Definitely hard to narrow down but probably this wild brookie from a small freestone in central PA (Schrader's Creek). Brought him in on a 3wt cane rod I made which was immensely satisfying; definitely had it bent over pretty good and got scared it was going to snap for a minute!