Lucky I found a good amount of footage over the weekend and was able to make episode 9. The only thing missing from it was anlittle bit of Telluride footage but that's not much. I'm excited to be able to continue with the series. Stay tuned for Episode 9 to be uploaded Sunday 12/17/17

It's finally here!! I was able to find a lot of footage and finally got Episode 9 together. Watch as Kristi and I travel Through Colorado on the Trans-America Trail (TAT) from Telluride to Moab. Was that a monkey or no? 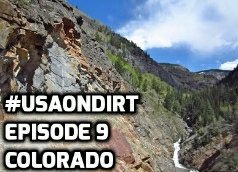 Sent from my SM-G892A using Tapatalk

This was super cool. Thanks for posting. Can the TAT be done in a gmc 2500 HD longbed? Maybe there are parts I need to avoid? I am going to NC to get my flatbed camper and thought of taking the TAT back to Denver.....
S

sirwillysc said:
Today started out as many others have for me, COLD!! I feel sorry for me because we haven't even begin to get into the cold temperatures yet and still here I am whining about the cold. The campsite we found last night was awesome, the only way it would have been better would be to have some warmer weather but other than that we couldn't ask for more. We quickly set off back to the trail and after some short bit of pavement we were back on farm roads. Kristi and I have never seen so many potatoes in our life. With the truck after truck after truck, semis pulling multiple trailers full, you would think that Idaho is the only spot potatoes are grown. Like I'm astonished at the fact that we as a society can even eat all these potatoes!! Really, we have been here only a few days and gathered a snapshot of the day to day activities and if this is normal that's an *** of potatoes!! Anyways, shortly after the farm land it turned to prehistoric lava rock which was really neat, although it made for extremely low travel speeds because the road was pretty rough. We were originally gonna stop at Craters of the moon but did some research and found that we wouldn't have seen much more that we already had gotten to see driving through and around the actual monument so we made the decision to press on. Shortly after a brief stent in Arco, we started up the mountains where it had began to rain. We dealt with muddy roads nearly all day from that point on. The high mountain passes were really cool but the storm and weather made for not so ideal conditions and bad pics. We came across a group of college students that were part of the Student Conservation Association, they had managed to get their full size Dodge Ram in quite a pickle on a road that looked as if the heavy rain literally swept it away. We stopped to see if I could help and my Little Ol' Apple (Toyota 4Runner) pulled them to safety. I was happy to help and even happier that I could this time since that last person we tried to help we couldn't. From there we continued on into Ketchum where we had read that we could find the best potato in Idaho. This was must since we had seen so many potatoes I was now craving one. I had the best prime rib sandwich I have ever tasted and the atmosphere was pretty cool too. The baked potato was good, but no difference than the potatoes I've had before!! We then tried to make up some ground and decided that we would make our way into the sawtooth national Forest and try to get over the mountains and camp on the other side hopefully lower so the temperature would be high and also maybe beating the rain. After about 2hrs of driving we came to a complete stop on Forest Road 227 where it was blocked because of a mudslide. It looks like this has been an issue for some time because their are cement barriers blocking it. We had to backtrack and the route was to take until well into dark and included some more mountain passes. Not wanting to attempt this in the dark and rain we decided to hunker down at a campsite in the forest and we will get up in the morning and head out. We have opted to use the big tent that Lauren let us borrow because it holds the heat better and we have a living room of sorts since it's raining. The low is supposed to be in the 30s here. At this point we are dreaming of when we can get to SoCal where it's 85!!! Till tomorrow, peace. 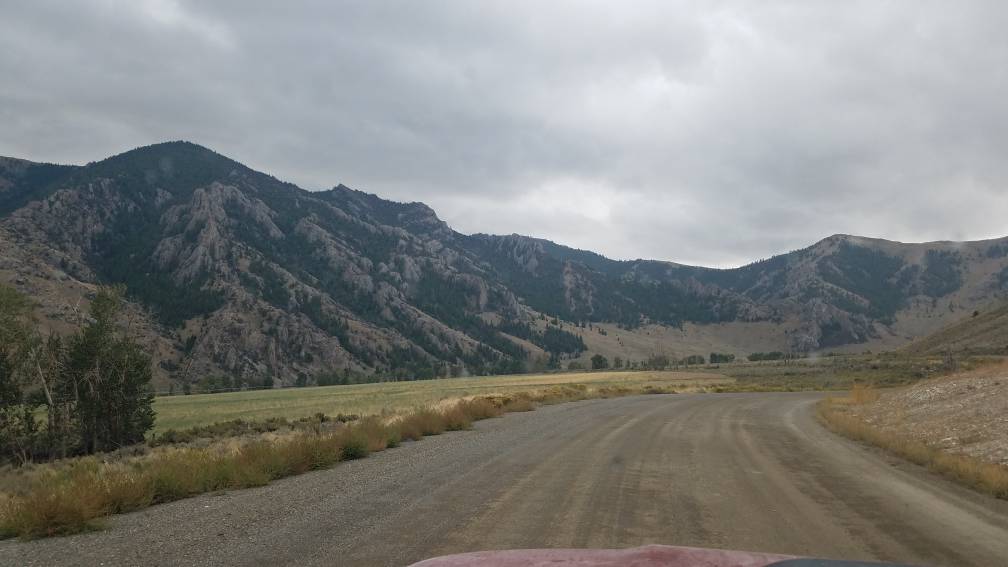 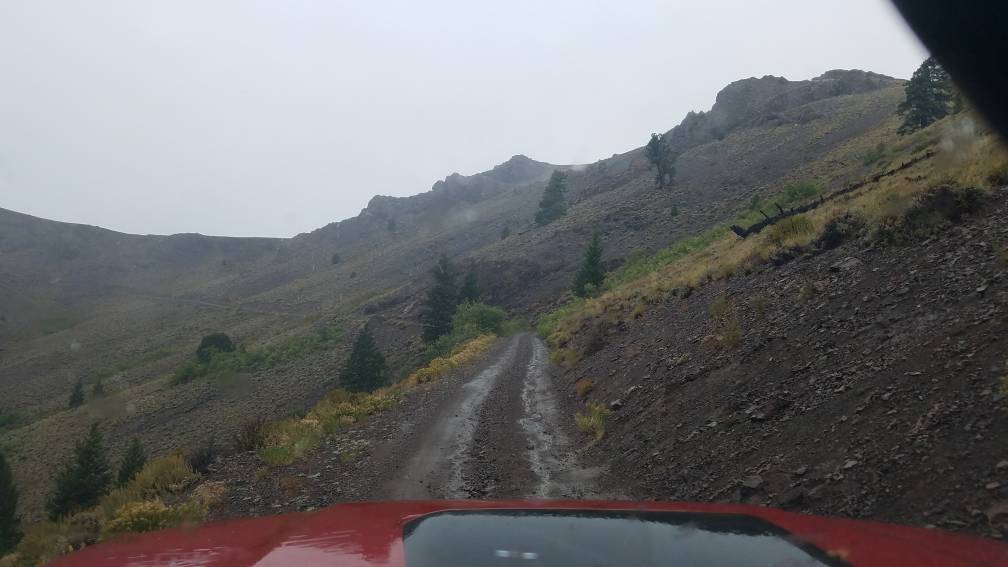 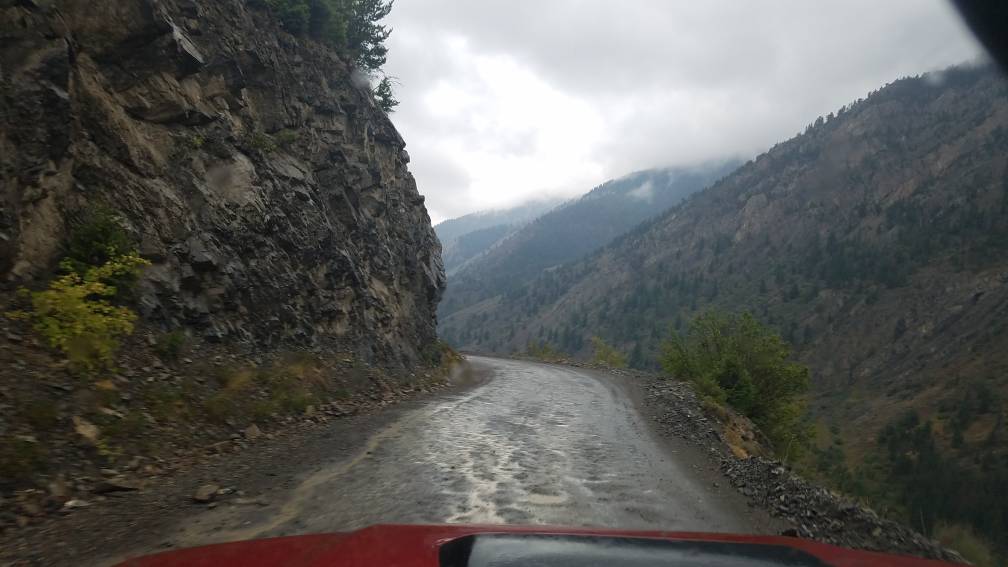 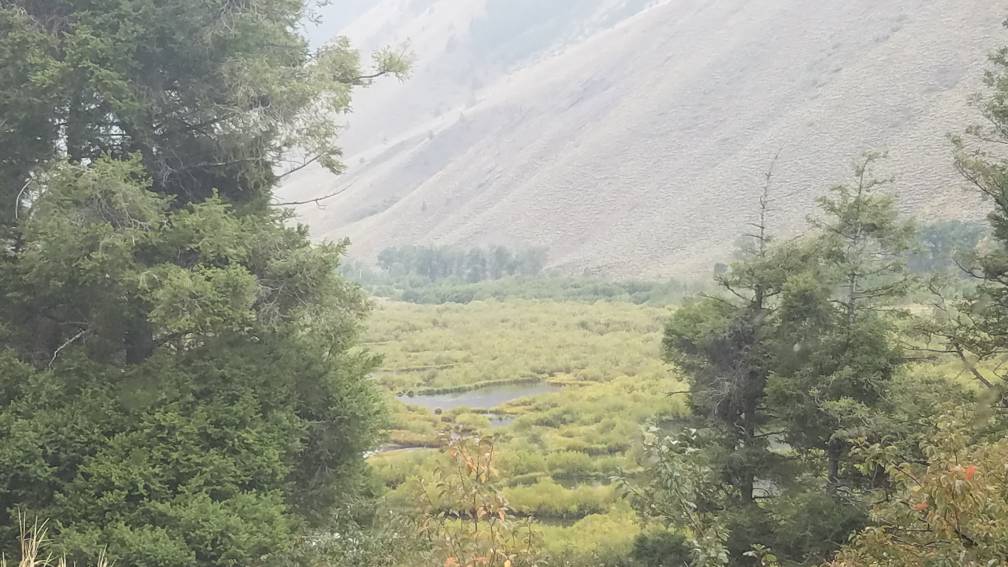 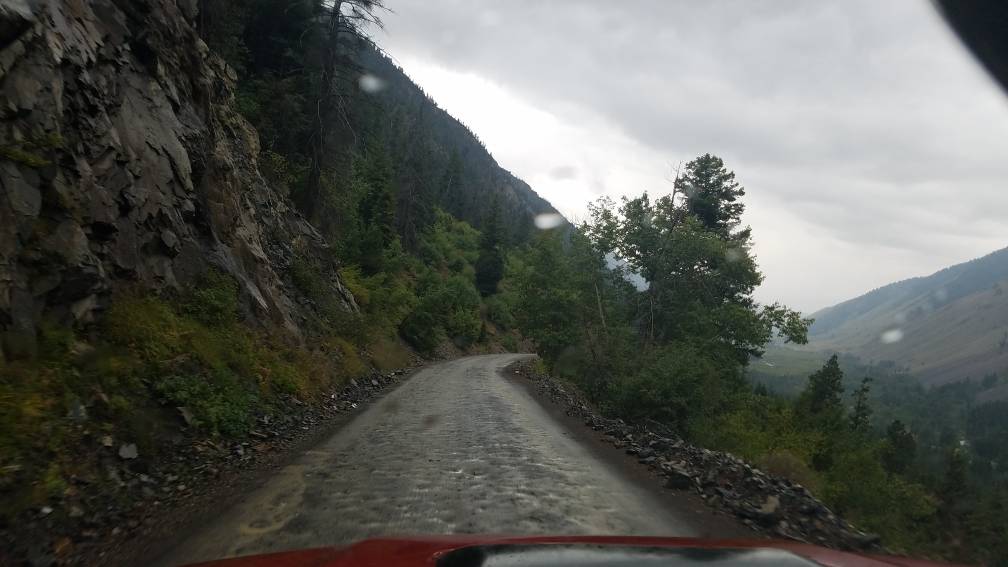 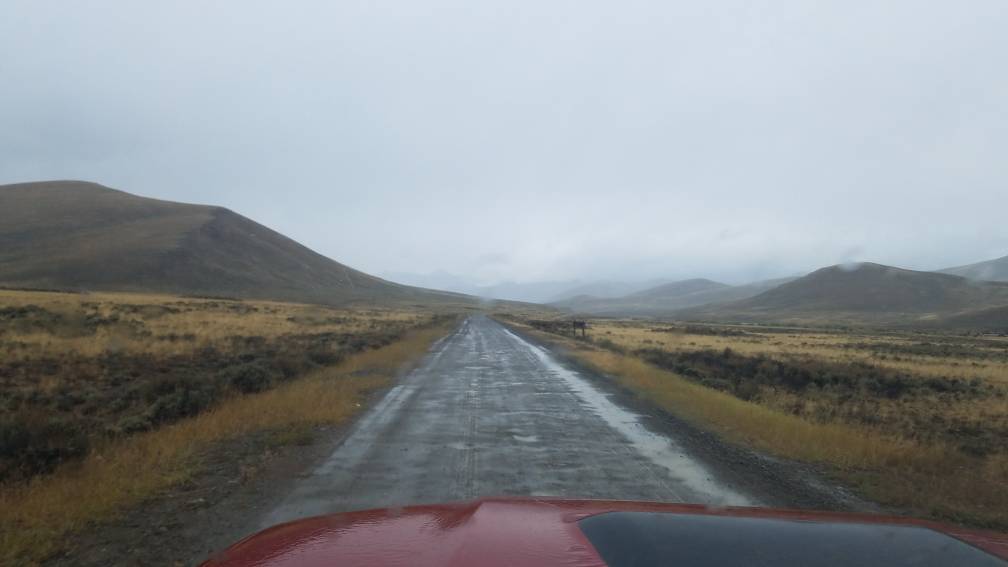 Sent from my SAMSUNG-SM-G891A using Tapatalk
Click to expand...

I know this is an older thread and not sure if your still following it yourself— really enjoying it and your writing and pics are great. I know its time consuming to do this everyday- thank you for taking the time to share your experience. I was on the tat last year only to colorado- this year will pick up in CO and continue , hopefully to the pacific and your write up is inspiring.